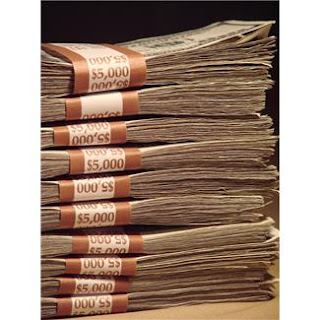 Yes, I knew that my father was much more progressive than most Hmong men.  I didn’t know it while I was growing up but I later learned that my father broke with traditions with how he and my mother choose to raise their daughters.  My parents instilled traditional Hmong values in their children but they were progressive in all other ways.  Even with this knowledge, when I got married and my parents did not ask for a bride price, I have to say I was a little bit upset.  Quite upset actually.

I was going into this marriage with a college education, a car, a good job and $10,000 which I had saved up myself for my wedding.  By all accounts of what I had heard, my fiancé at that time should have paid at least $10,000 for me.  Okay, let’s take a step back.  I understand the traditional meaning for a bride price.  And yes, I understand that this made women seem like a commodity that could be bought and owned but in this day and age, it seemed to me that the bride price had come to symbolize something much different.  The more valuable you were as a woman, the more contribution you could make to your husband’s family, the more they were willing to ensure your love and care with a large dowry.  I mean I had a friend in college who was doing her residency when she got married and her husband paid $20,000 for her.   Girls with bachelor’s degree, those girl’s  in-laws were willing to insure their son’s offspring’s intellectual security by paying tens of thousands of dollars for girls with this level of education.

I had been a good, faithful Hmong daughter who turned down job offers in other states to return home to live with my parents after college.  I did not party nor did I date many men.  When my fiancé wanted to marry me I did not follow him home.  I honored my parents by having his family bring elders to ask for my hand.  I had friends and relatives who had daughters who were considered “bad” girls, they ditched school, dated, played, and disrespected their families and elders and those girl’s families were asking for an average bride price of $5,000.  What did that make me?  I could not help but feel like my father did not think I was worth anything.  As much as the elders pushed my parents to take a dowry (and there was history between the families in which my father and clan would have been in the right to punish my fiancé’s family), my parent’s refused.  I felt even more upset when the $10,000 I had saved was counted as assets my parents gave to me to start my new life.  Was I wrong for being upset?