The Hardest Decision I Have Ever Made 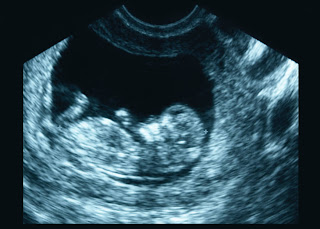 I was 18 years old and facing a decision that could have insurmountable consequences.   Something I never anticipate at this stage of my life.  I was a sophomore in college and living away from home.  I was pursing my life goal of higher education and building the foundation for the affluent life I had always dreamed of.  Additionally, I had embarked on my first relationship.  I adored my boyfriend.  He was loving, smart, ambitious, and almost done with college.  My life seemed perfect.

You see, after spring break of 1992 I found out that I was pregnant.  I was confused and scared.  I talked to my boyfriend about what to do.  I sought counseling with a therapist and a pastor.  I weighed the pros and cons.  After crying for many days I decided that I was too young to care for a child. Ever since I was a young girl I dreamed of the type of mother I wanted to be to my future children.  If I had a child now I would never be able to give this the child the life I wanted for it.  My boyfriend did ask me to marry him but I knew that if we did so the chance I would complete college was very slim.  I was not disillusioned about what it would take to be a good Hmong daughter-in-law.  Ashamed of myself and fearful of the loss of face I would bring on my family I decided to terminate the pregnancy.

Sometimes late at night I would imagine this tiny, little one inch fetus, walk through my door asking me why I took its life.  Why I denied it the chance to experience life.  I thought the feeling of being ashamed would end once the pregnancy was over but that was far from reality.  I felt even more guilt when people would rave about how good my parent’s daughters were.  I felt like such an imposter and fraud.  I hated myself for deceiving people.

The guilt and aftermath ultimately undermined my relationship and the educational goal I had for myself.  Although my boyfriend never stopped loving me, the wedge this event created was too great for us to overcome.  For him, I was no longer the pure, flawless and innocent girl he fell in love with.  For me, I could never look at him without being reminded of the decision I had made.  Unable to reconcile the emotional trauma, I ended the relationship.  Furthermore, I was on academic probation and was endangered of being kicked out of school.  I pushed away my friends and family.  I was lonely, damaged and broken.

As time went on I feared I would have to spend the rest of my life alone and decided the solution was to never tell my secret to anyone and marry the next suitable man who would ask for my hand.  Not long after coming to this conclusion I was faced with the decision to marry an educated, kind man from a respectable and well known family.  It was at this point in time that I finally had to face all that was wrong in my life.  For the first time in years I had clarity.  For one, I realized that I should never do to someone else what I would not want to have done to me.  I could not deceive this wonderful man who wanted to love me and start a life with me about who I really was.  Secondly, how could anyone fully love me if I did not love myself?  Finally, I came to understand that my worth and value was not tied to a man and being married.

Though I did not have the courage to reveal my secret to this man I did tell him that I did not love him and that he deserved to marry a woman who would love him for all his wonderful qualities.  This one act of honesty was my first step to recovery.  I started self reflecting, solidifying my values, being honest with my emotions, dealing with the pressures of the roles and responsibilities of being a Hmong woman, accepting people without judgment, coming to terms with my decision, and discontinuing self loathing.  Out of this dark time emerged a much stronger, more insightful, and compassionate human being.

It took a great deal of time, much forgiving, choosing to be alone, and working with those who were less fortunate to really value the wonderful and amazing life that God had given me.  Bettering myself brought amazing people into my life and those people would eventually help shape me into the person I am today.

I eventually finished my graduate degree, married a successfully and loving Hmong man who accepts me for all of my flaws, built a successful career, and I have a beautiful family.  I speak to my children often about self worth, self respect, and striving to always learn and grow as a human being.  I teach them that there is no mistake worth throwing your life away for and no problem too great to share with your parents.  There is help and resources out there for everything and every situation.

It has now been 20 years since I made this decision and I still think about this unborn child.  What I don’t have any more is I no longer see this tiny fetus walking through the door asking for answers.  I have forgiven myself and accepted that I made the best decision I could at the time.  Looking back, I do not regret the decision that I made.  My life would have ended very differently had I decided to keep the baby.  I have learned that all of my experiences, good or bad, has made me a better person.  I have also learned that one experience does not define who we are but it is how we deal with the adversities in our life that builds our character and that I am thankful for.
Posted by HWAT at 1:31 PM