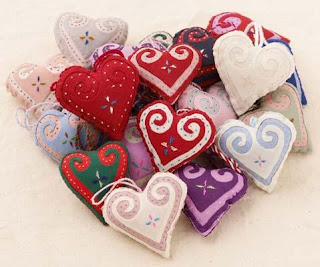 My name is Linda Vang Kim and I am on the Board for Hnub Tshiab: Hmong Women Achieving Together.  I would like to tell two stories that illustrate why the work of Hnub Tshiab is so important. Both stories involve my mother, someone who is a major influence in my life.
My mother is a strong woman, one who has persistently overcome obstacles in her life. She lost her own mother as a young girl and had to raise her younger siblings. She protested an arranged marriage but in the end obeyed her father because he told her, “You are just a woman, a daughter, and should not speak so openly. I am your father and I know what is best for you.” Despite their mutual dislike for each other, my parents had nine children and stayed married until they came to the United States in the late 1970’s. As the youngest, I was spared from witnessing the violence between my parents.  My older siblings, however, remember shielding my mother from my father’s threats to kill her, often with a kitchen knife in his hand.
My mother eventually decided to get a divorce – something that is discouraged in the Hmong community. Even worse, she filed for a legal divorce and was granted sole custody of the children. As a result, I lived without connections to my father’s clan and spent holidays and celebrations with my mother’s side of the family. During one particular Thanksgiving, my grandfather gave my aunts and uncles an opportunity to speak and give thanks. Each male spoke on behalf of his wife but unlike others, there was no man to speak up for my mother. So instead she gave thanks herself and I was impressed because she was the best speaker that day.
Now, the second story demonstrates how she reinforced culture in a way that tells me we still have a long way to go. You would think after everything she had been through, my mother would be progressive in all matters. But as a Hmong woman, she still operates within certain boundaries.  She must “ua siab ntev” which means to “have patience”.  This phrase irks me because I have heard it used to comfort women whose husbands are neglectful, unfaithful, and abusive. While it is meant to encourage, it actually makes the woman feel hopeless. It means the woman must submit to her husband and wait for him to change. Ua siab ntev does not empower nor does it allow positive change to occur. A wife must ua siab ntev and if she is not patient, she is blamed for the disintegration of the relationship. The husband may be reprimanded but he usually does not suffer any real consequences.
Imagine my disappointment when my mother used these very words to fix a situation between my brother and his wife. He admitted to his infidelity but showed little regret. To my sister in law, my mother said, “ua siab ntev” and insisted that he would change. He never did and was never held accountable so my sister in law filed for a divorce and moved back to be with her family. For several months after she left, my mom would comment that my sister in law had been the one who failed the marriage. She would say this to me any chance she got and to other people when they asked about the divorce. She was blind to his mistakes. I was annoyed that my mother, who did not ua siab ntev herself, prescribed the very thing to my sister in law. I suppose when one is within a culture, it is hard to see it in its entirety. A Hmong woman must endure, and ua siab ntev is often reinforced with great detriment to families.
With Hnub Tshiab, we do not tell women to just “ua siab ntev” or be patient. We equip them with the tools to take action to create positive social and cultural change. The mission of Hnub Tshiab is to be a catalyst for lasting cultural, institutional and social change to improve the lives of Hmong women. Personally, I want to squash the phrase ua siab ntev as a be-all end-all solution to marital and relationship problems. I also want to contribute to a society in which Hmong girls and women can stand up for themselves and others. This is why I support Hnub Tshiab’s work.
Posted by HWAT at 10:15 AM