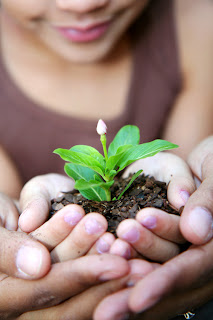 Can creating a Hmong women’s clan create social, cultural, and institutional change to support Hmong women leaders whose clans have forgotten them or written them off as not worthy of investment?
I say “forget” because forgetting the women in a clan is more about benign neglect than it is intentional exclusion. In my entire time during my undergraduate and graduate studies as a young woman, I received only one unsolicited gift. Those of you who are Hmong know what I am talking about - that random but thoughtful gift from a family or clan member where they silently shove cash into your hands as you are leaving for school, or a long trip. My one and only thoughtful gift was $20 and was from an aunt of mine who was on welfare. My aunt was orphaned at the age of five and lived her entire childhood with her brother and his wife. At the time, she had three small children – all under the age of six and was a new arrival to America.  She had lived a very hard life, and was so proud of me. She couldn’t have known what she was doing at the time by offering her support. She did not know that I would become the first person of color and woman President of the Amherst H. Wilder Foundation in St. Paul, or that I would  co-found a new movement to improve the lives of Hmong women by starting Hnub Tshiab: Hmong Women Achieving Together.
Back then, I was just a smart but impoverished twenty-something on full scholarship to Brown University in Providence Rhode, Island. Her thoughtful gift changed my world and my perception of what could be when I graduated to improve the lives of Hmong women and girls. I was already a Women’s Peer Counselor at Brown University, and my life experiences had already taught me that I had to overcome many barriers if I were to succeed. Having finally made it to college, I was still excluded from participating in “enrichment” activities on campus because I had no discretionary money to take advantage of the experiences there. I had to forgo movies, staying on the meal plan (it was still expensive), and flying home for vacations. Anything I did, I had to raise money on my own to do. I worked three part-time jobs at one point so that I could fly back to Minnesota to see my family over the holidays. I had to compete against some of the best minds in America to pursue my dreams for study and scholarship.
Through it all, I had the love of my parents, and this one aunt who thought I was worthy and mailed me a crisp $20 dollar bill to my mailbox at Brown University. I wept when I saw the cash in the envelope. I felt cherished. I felt worthy. I felt loved. For a long time, I just held it in my hands. I could not believe that this woman on welfare had done what no one else in my extended Yang clan had thought of doing for me. She inspired me to hope for a better future – one where young Hmong women could also receive gifts of cash pressed into their hands from other Hmong people who believed in them.
I have talked to people who wonder how it’s possible to be committed to acts of social change when they have so little to offer. There’s a saying in the Hmong language, “Kws me los kom tau ntau”. Literally translated, “work little, but make a lot”.  I think this is about believing that as individuals, we have what it takes to multiply the goodness and wealth of relationships in our lives. Social change is not as difficult as most people think. If my aunt who was on welfare could do it, so could you.
Will you work to press $20 into the hand of deserving Hmong girl or young woman the next time you see them, especially someone who is not in your own clan right now? If you do, think about the fact that you’ve just committed an act of social change. I am sure you will not only get gratitude. You will have created the beginning of Clan for Hnub Tshiab – a new day for Hmong women and girls.
MayKao Y. Hang
President/CEO Amherst H. Wilder Foundation
Posted by HWAT at 11:33 PM