Are you having a boy or a girl? 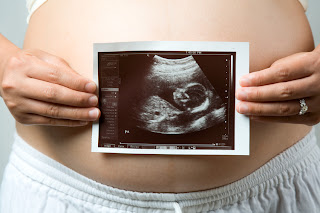 As a Hmong woman, this incident was so normal that I didn’t think to share it at all but when I shared it with my non-Hmong friends it completely shocked them. Since we have many non-Hmong readers I thought I would share this very ordinary encounter.

I was at my nephew’s birthday party when my sister’s mother-in-law asked me whether I was having a boy or a girl. I told her we’ll find out in a few weeks. I already have two daughters so she told me that if this baby wasn’t a boy, there are Hmong herbs I can take to guarantee a boy the next time around. I told her this was going to be the last baby, whether it’s a boy or a girl. She said, “If you don’t have a boy your husband will go marry a second wife”. Statements like these don’t personally bother me so I simply said, “That’s fine” and ended the conversation.

My non-Hmong friends asked me if it was even possible for a Hmong man to marry a second wife. Yes, it is.

Rather than educate the mother-in-law on the scientific details of how the sex of the baby is determined or argue with her (at my nephew’s 6 year birthday party) I chose to ignore her statement and show her that the possibility of having another baby girl or my husband marrying a second wife does not intimidate me. To women who may not be so confident, it’s a reason for them to keep having babies until they have a boy or to be open to the idea of their husband marrying a second wife.

Hmong women can be the harshest critics of Hmong women. This is just the way we were brought up. I try to catch my sisters, my friends, and myself when I resort to these types of statements but it takes an enormous amount of awareness to catch these statements-they’re so ingrained in us. If we tried a little harder to avoid degrading statements that put down our self-worth, we can all take a step closer to empowering ourselves and our fellow Hmong sisters.